Borderknots is a project linking drawing and performance that begun during summer 2013. A " drawing machine " - designed by K. Gattinger and worn straight from the body or transported by bicycle - draw an abstract line on a paper beforehand gaufré according to the travels of the artist. Like a seismograph, this tracer records graphically the movements produced in the wills of courses made during performances, which are confrontations in obstacles, in limits and borders of every kind : for example cross 28 times the French-German border, step 101 times over urban barriers, follow for 9 hours by bicycle the line of the old Berlin wall. 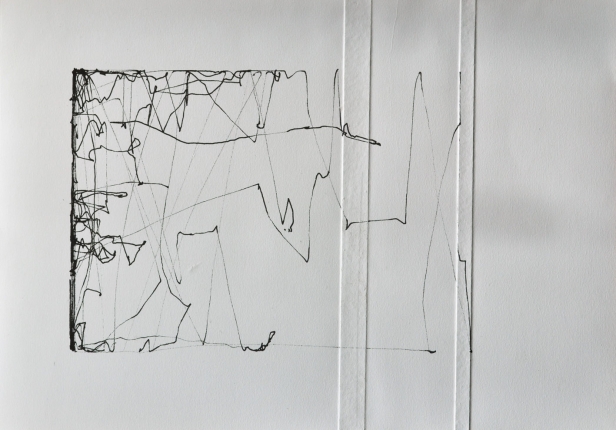 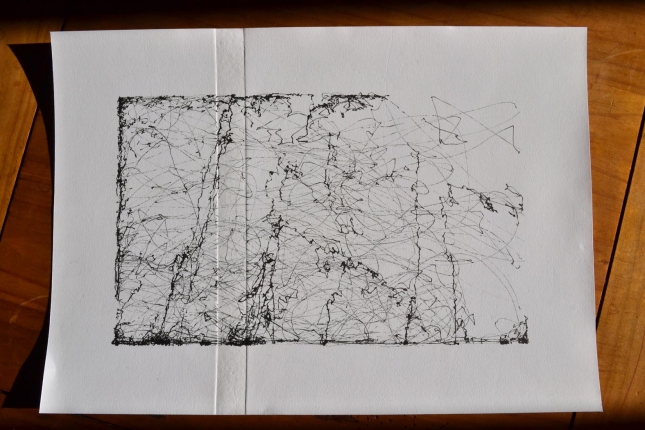 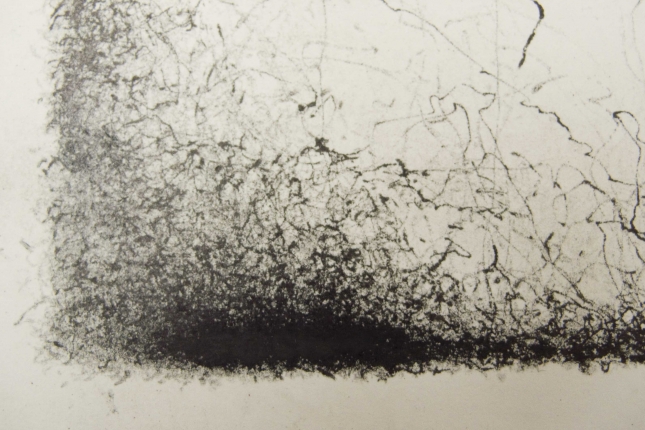 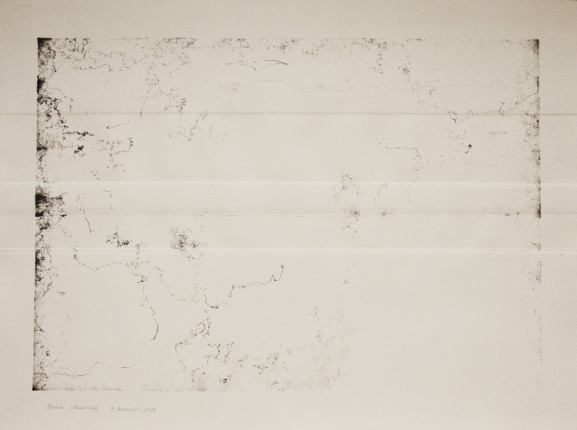 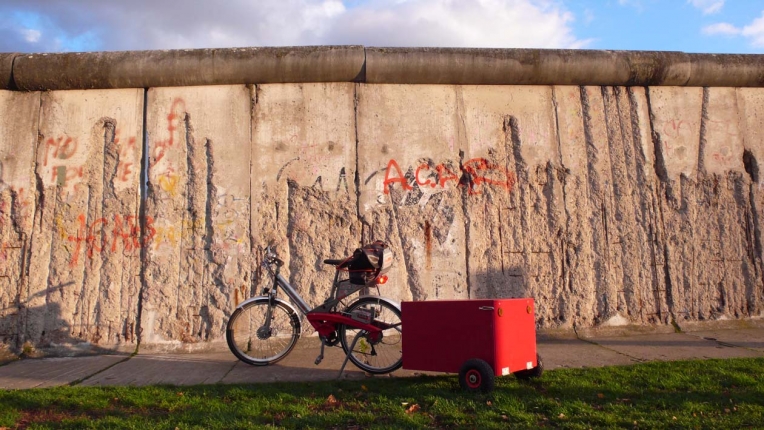